A couple of good options in this class are the affordable and efficient Kia Niro Plug-in Hybrid and the more sporty and premium Mini Countryman PHEV. Let’s take a closer look at these SUVs and see which one is right for you. 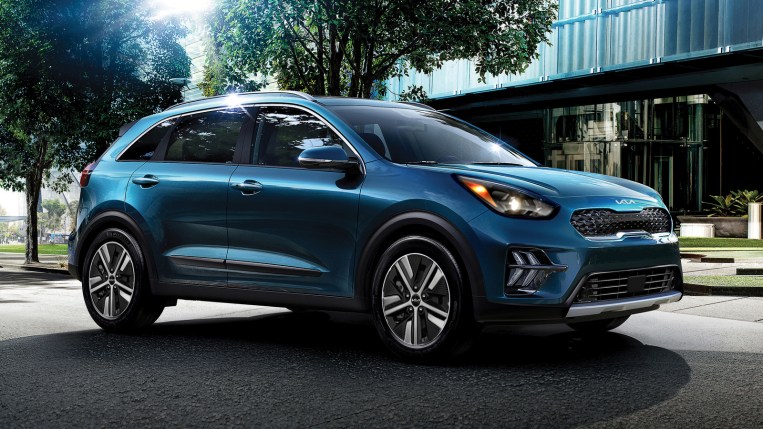 Value Pricing: The Kia has a much lower starting price than the Mini. Even the loaded EX Premium trim of the Niro Plug-in Hybrid is still more affordable than the base Countryman PHEV. This SUV is a strong value with standard features like remote start, a long list of standard safety tech features, and wireless Android Auto and Apple CarPlay. Available premium features include a power sunroof, heated and ventilated front seats, a heated steering wheel, and more.

Excellent Infotainment System: The standard 8-inch infotainment system comes with wireless Android Auto and Apple CarPlay, plus Bluetooth connectivity and a USB port. The upper trims have an upgraded 10.25-inch screen with navigation, SiriusXM satellite radio, and 8-speaker audio. Both of these systems have nice graphics, and they’re easy to use.

105 MPGe: The Kia Niro Plug-in Hybrid is quite a bit more efficient than the Mini Countryman PHEV. The Kia is rated at 105 MPGe, and the Mini returns 73 MPGe. Another thing to consider is that the Countryman requires premium gas, and the Niro doesn’t. According to the EPA, these factors result in an annual fuel/energy cost of only $950 for the Kia and $1,800 for the Mini. The Kia also has a better all-electric range — 26 miles compared to the Mini’s 17 miles.

The Mini Countryman PHEV is an electrified version of the Mini SUV. Its plug-in hybrid powertrain is based on a 1.5-liter turbocharged inline-3 engine, and AWD comes standard. With 221 horsepower and 284 lb-ft of torque, this is a much more performance-oriented SUV than the Niro. However, it’s also less efficient.

The all-electric range of the Mini is only 17 miles — on the low side among plug-in hybrids — delivering a combined efficiency rating of 73 MPGe. After those 17 miles, while operating as a typical gas-electric hybrid, the Countryman PHEV delivers just 29 mpg. Pricing starts at $41,500.

Turbocharged Performance: The turbocharged powertrain in the Countryman PHEV produces 221 horsepower and 284 lb-ft of torque. That’s a significant improvement in performance over the Countryman S model. It also makes it much more fun to drive than the Niro, which favors efficiency over performance.

Premium Interior: The Countryman is a more premium offering than the Niro, which is reflected in the price and the interior. In the Mini you’ll find higher-quality materials and more interesting style.

If you’re trying to save a lot of money on fuel, then the efficient and affordable Kia Niro Plug-in Hybrid is undoubtedly the value choice. However, if you prioritize performance over efficiency and don’t mind paying extra at the dealer and the pump, then the Mini Countryman PHEV is a better fit.