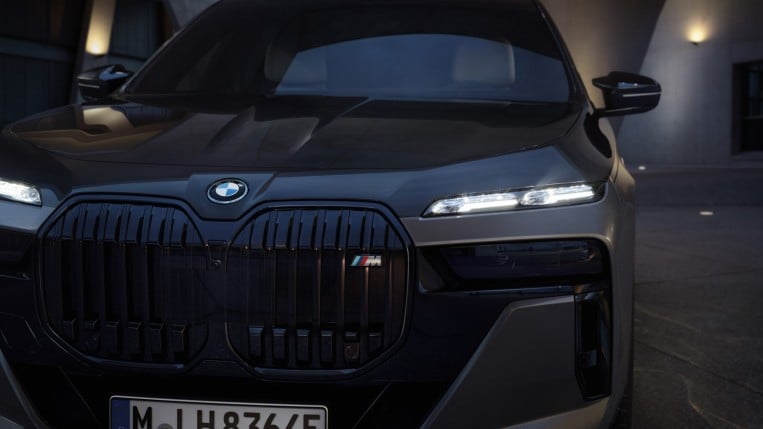 Yesterday, BMW took the wraps off an over-the-top luxury car – the 2023 7 Series. With a lavish-but-imposing bearing, optional cashmere seats, and more screens than an Apple store, it seemed to be a showcase for everything BMW designers could achieve.

But they kept a little in reserve.

The company has announced that two more 7 Series models are on the way. Both will come to the U.S later in the 2023 model year. Pricing isn’t available yet. The base 7 Series starts a little over $93,000, though both of these will likely come at a significant premium.

The 750e xDrive is a plug-in hybrid (PHEV) edition of the new 7 Series. BMW hasn’t revealed U.S. specifications for the model. But the company did publish details on a European version, and with cars in the super-luxury class, there are rarely significant differences from one continent to another.

The 750e xDrive uses a 3.0-liter turbocharged inline 6-cylinder engine mated to an electric motor for a combined 490 horsepower. It has an electric-only range of up to 57 miles in European testing, but Euro tests almost always result in higher numbers than American testing. Expect a number in the mid-30 range – still enough for the average driver to treat the 750e xDrive like an electric car most days, using gasoline only for longer trips.

The other new version is something altogether different. BMW’s famed M performance division will get its hands on the top-of-the-line 7 Series. This time, they’ll build a fully electric high-performance car.

The i7 M70 xDrive has “well over 600 horsepower,” BMW says, and gets from 0-60 mph with a supercar-like time of “under 4.0 seconds.” Those numbers, however, will come courtesy of a temporary power boost available at the touch of a button. In everyday driving, you’ll have to settle for a little less than 600 horsepower.

The M edition also gets a revised front fascia with black trim elements not found on the standard 7. We’ll have to wait for more details on what the M division has done to the big, sumptuous beast.