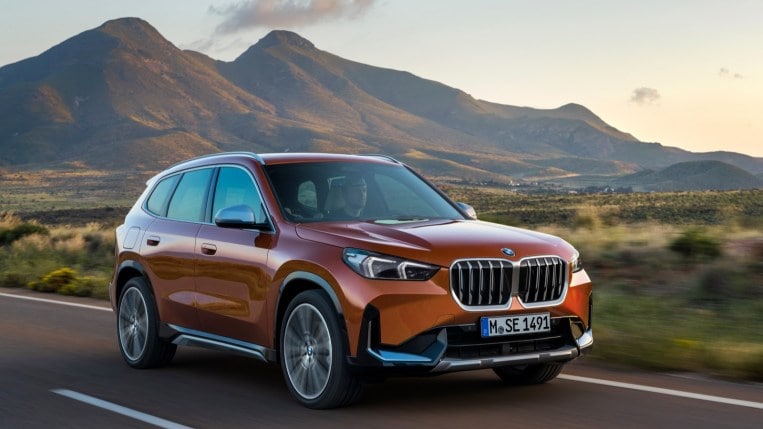 BMW is known for vehicles that are fun to drive, and its entry-level sport utility vehicle has always checked that box. But the subcompact X1 has long involved compromises the rest of the BMW lineup doesn’t. Its ride was stuff, for instance. And its cabin was sparse for a luxury vehicle.

No more. BMW has raised the curtain on the third-generation X1, a wheels-up redesign. It fixes the few complaints our test drivers could make about the old model.

The 2023 X1 will start at $38,600. BMW also charges a mandatory $995 destination fee on all its vehicles. But it has kept that fee fixed even in a year when many rivals are increasing delivery charges. The upgraded X1 should reach dealerships in the fourth quarter of 2022.

It starts with styling. Designers have made a series of subtle changes to the look of the X1, but they add up to a whole new image. 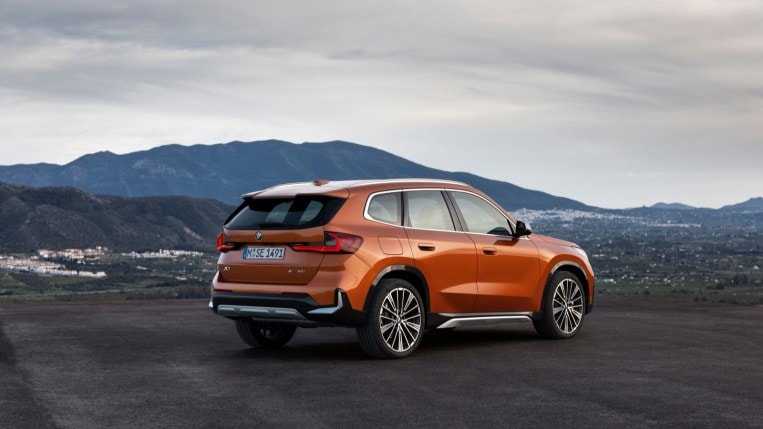 The grille is squared off and loses the slight convex curve of the outgoing model. The roofline slopes a bit less toward the rear. The doors get new character lines down low. It’s less than 2 inches longer, less than an inch taller, and less than an inch wider. It doesn’t sound like a long list of changes, but it gives the impression of a more serious vehicle. The X1 has been to the gym and the tailor. The other luxury compact SUVs are going to notice.

Inside, those bigger dimensions mean more head and shoulder room. But that’s not the biggest change.

For 2023, all BMW’s SUVs are getting a new curved instrument cluster and central touchscreen. They’re mounted together in a bezel that makes them look like one wide screen surface. It creates a clean, minimalist look. We like it. But it’s hardly unique. Kia has done the same trick, and it works just as well in the Sportage as in the X1. 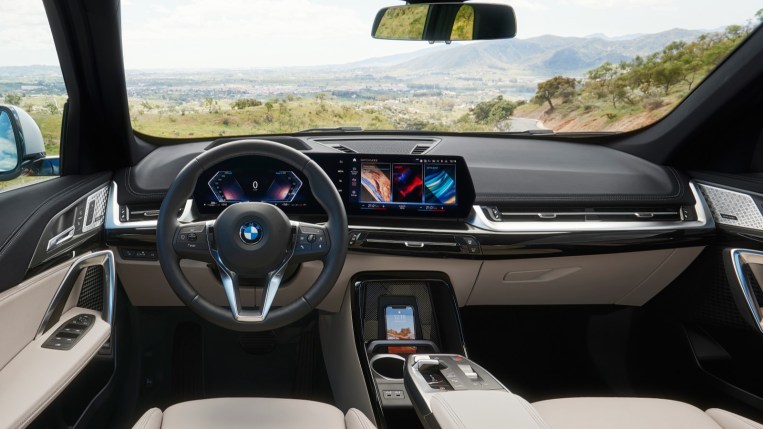 That central touchscreen now runs the iDrive 8 user interface, which adds useful functions like augmented reality turn-by-turn directions that superimpose arrows onto a 3D map of the road. A new wireless phone charging pad clasps the phone in place – a firmer solution than most automakers’ grippy rubber pads.

Apple CarPlay and Android Auto are on board, as is expected in a modern vehicle.

An optional camera package includes a “joy recorder” function that captures 60-second high-definition video clips. There’s also an in-cabin camera drivers can connect to their phone to lovingly gaze at their driver’s seat when they’re away. 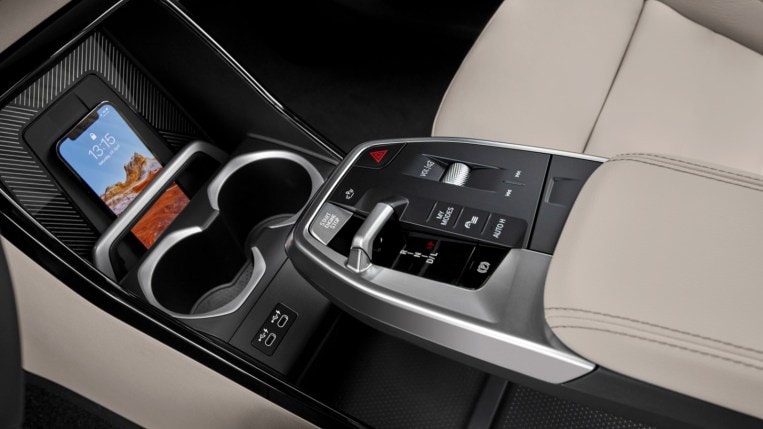 There’s still just one engine available (for now – more on that in a moment). But BMW has beefed it up. Under the hood is a 2.0-liter turbo 4-cylinder mill making 241 horsepower. It sends power through a new 7-speed dual-clutch automatic that, BMW says, shifts quicker than the old 8-speed.

Power goes to all four wheels – all-wheel-drive is now standard. The standard suspension has been recalibrated for improved steering feel and quicker turn-in. But an available M Sport package lowers ride height, tightens the steering further, and adds shift paddles.

The gas-powered model will be the only option at launch. But overseas, BMW has already announced plug-in hybrid versions and an all-electric iX1. There’s no word yet on whether those models will reach the U.S., but given current trends in the automotive market, we’d be shocked if they don’t appear here in the next few years.

After all, Lexus has made the rival UX hybrid-only.

A long list of driver assistance features is available, but you will have to pay more for some of them. Standard equipment includes cruise control with automatic emergency braking, lane-departure warning, and BMW’s parking assistant with improved parallel parking functions. Other functions such as lane-keeping assist and adaptive cruise control are optional.