In the GMC lineup, Denali means luxury. Virtually every GMC product has a Denali trim, which represented the best the automaker had to offer. Represented. Because now there’s a step up.

Once a Package, Now a Trim Level

For the 2022 model year, buyers could add an Ultimate package to many Denali vehicles. That package is being gradually replaced throughout the lineup by a Denali Ultimate trim.

GMC introduced the “Denali Ultimate” name with the 2022 Sierra pickup. Now, the moniker has made its way to a second model. The Yukon full-size SUV will get its own cream-of-the-crop model for 2023.

Available on the standard-wheelbase Yukon and the stretched Yukon XL, the Denali Ultimate gets everything on the Denali and then some.

GMC hasn’t named a price for the new trim level. The 2022 Yukon Denali with the Premium package starts at $77,710, so we wouldn’t be surprised to see the Denali Ultimate come in at around $80,000. GMC also charges a $1,695 destination and freight charge.

Outside, a darkened “Vader Chrome” grille and badges set it apart from even Denali models (the Empire did nothing wrong, GM?) It rides on big 22-inch 7-spoke wheels that alternate painted and chrome accents. 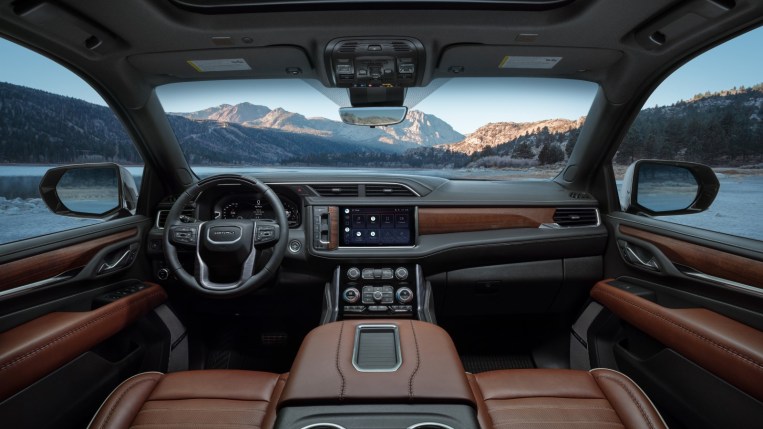 The Denali Ultimate comes standard with almost every feature GM offers. There are just three options. One is the latest version of GM’s Super Cruise hands-free driving system, which can change lanes on its own with a touch of the turn signal stalk and tow a trailer. A Wi-Fi hotspot and Amazon’s Alexa Built-In technology are also options.

The 2023 GMC Yukon Denali Ultimate is set to arrive this fall.