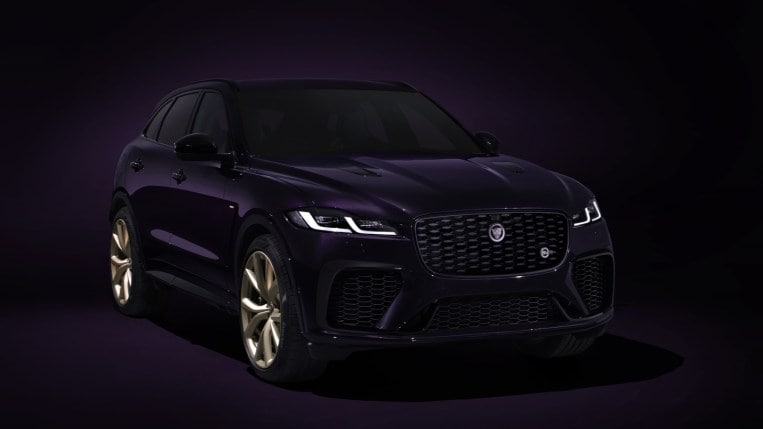 Jaguar did something curious in May. The company deleted 10 years’ worth of Instagram posts, replacing almost its entire account history with three photos of an old race car: the XJR-9 prototype that won the 1988 running of the 24 Hours of Le Mans.

The move fueled all kinds of speculation about what Jaguar had planned. A big racing announcement? A new performance car? Something involving the legendary Jaguar V12 engines that once powered Jag race cars?

We have our answer. It is at once gorgeous and underwhelming.

It’s a special edition of an existing car built to honor the XJR-9.

Jaguar has painted the 1988 edition in a purple so dark it’s almost black. The company calls the shade Midnight Amethyst. It rides on 22-inch Champagne Gold forged alloy wheels. That gold is repeated on the leaper badges and the JAGUAR script across the tailgate. 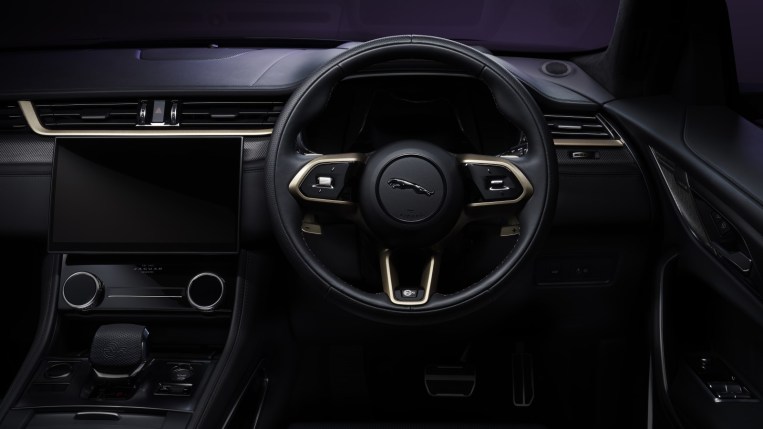 Inside, the 1988 gets heated and cooled performance seats, semi-aniline leather upholstery in Ebony, and satin gold trim throughout.

Jaguar plans to build only 394 – the number of laps it took the famous race car to win at Le Mans – each with a numbered plaque identifying its place in the series.

No Performance Upgrades. Not That It Needed More Power.

Though it’s inspired by a race car, the 1988 doesn’t get any performance upgrades. It uses the same supercharged 5.0-liter V8 as the F-Pace SVR it’s based on. That means 550 horsepower passing through an 8-speed automatic transmission to power all four wheels. 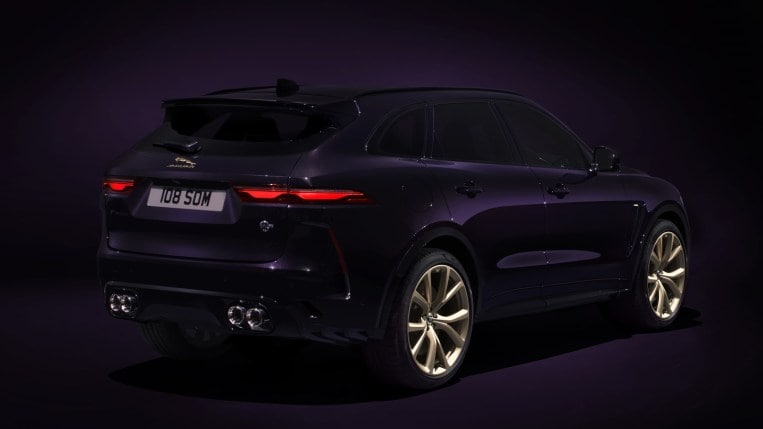 Its Pivi Pro infotainment system now incorporates what3words technology for navigation. That changes little when you’re driving to a set address. But it helps it find specific locations that don’t have street addresses, like trailheads or scenic overlooks.