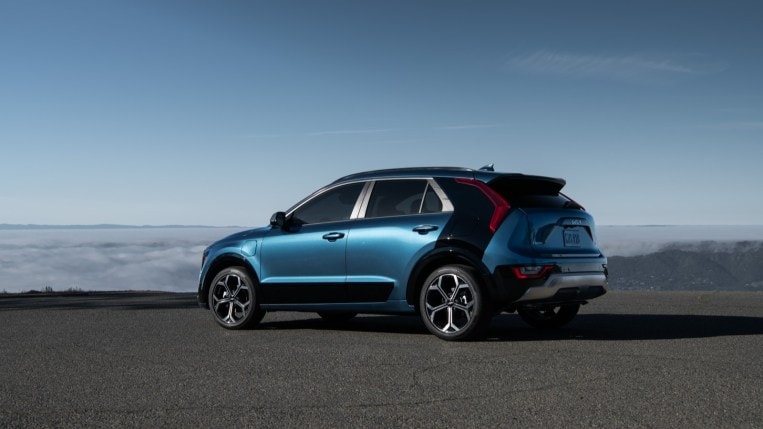 The 2022 Kia Niro is a delightful, practical car that can do almost anything and is utterly forgettable. Available as a hybrid, plug-in hybrid, and pure electric vehicle (EV), it has the living space of a good-sized small crossover, a sub-$25,000 starting price, and the option of great fuel economy or no need to fill up at all. But it looks something like the generic car non-player characters drive in a racing video game.

What could Kia do to make you notice this eminently livable little car?

How about a flat-out strange redesign?

The 2023 Kia Niro is shaping up to be a delightful, practical car that can do almost anything and will make you turn your head in traffic. Kia showed off the all-new car at this week’s New York Auto Show after no fanfare at all and surprised attendees with its weird charm.

Does it look fantastic? Probably not to most people. But it looks distinctive, which may be enough to make the Niro get a look from more car shoppers.

Mechanically, the Niro remains a large hatchback or small crossover depending on the angle you approach from. It’s still available as a hybrid, plug-in hybrid, or EV.

None of those figures are likely to attract buyers who live to drive. But they’re more than enough to commute and run your daily errands comfortably.

Inside, the 2023 Niro adopts Kia’s new brand style, which looks sharp here. A single, curved housing holds both the driver’s instrument screen and the central touchscreen. It makes them look like one wide, curved screen and conveys a high-tech feel. Add the (probably optional) aluminum pedals, and you have a handsome cabin.

But none of this gets your attention when you see the Niro approaching. What grabs it, instead, is the new look. It borrows a bit of the sharpened nose of the all-electric Kia EV6 hatchback. Draw your eyes back from there, and you’ll see a predictable crossover body…until you get to that thing. 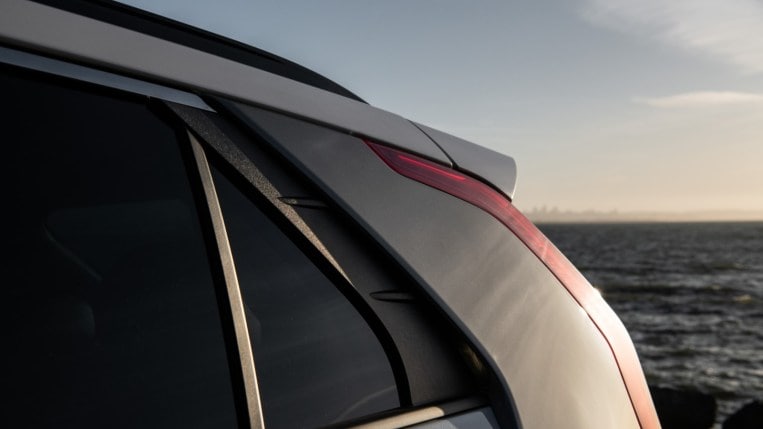 That may be true, but its effect is likely small on a little, tall two-box crossover. What it indisputably does is take a forgettable car and make it something you’ll notice.

In 2022, if you told friends you bought a Kia Niro, you’d have to explain what that was. By the time the 2023 Niro has been on the roads for a few months, they’ll likely know it on sight. That’s not something we can say about many practical little crossovers.