E85 Guide: Everything You Need to Know About Flex Fuel 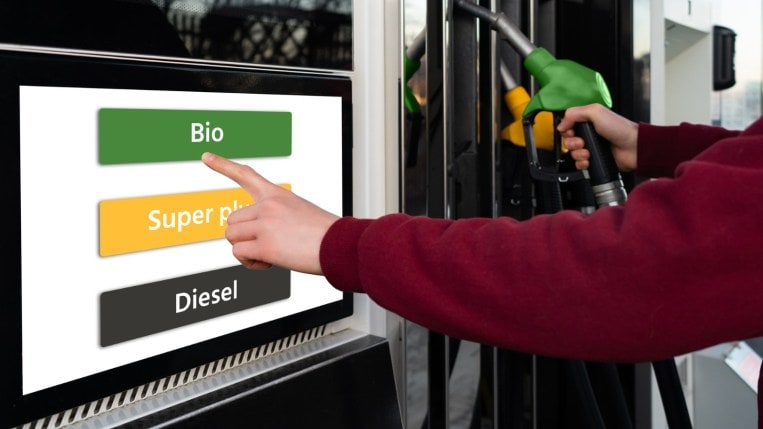 Vehicles that can run on flexible fuel, a blend of gasoline and ethanol also known as “flex fuel,” started becoming popular in the 1990s. In turn, manufacturers began producing new cars that could use this biofuel blend. But many motorists do not know much about ethanol-blended gasoline labeled E85 at gas pumps.

Even some owners of flex-fuel vehicles, or FFVs, have questions about gasoline-ethanol blends. Read on to learn about flex fuel and whether you can use E85 or other blended gas in your vehicle.

What is Flex Fuel?

Flexible fuel is the general term for a renewable and domestically produced alternative fuel that is gasoline blended with ethanol. Ethanol gets made from a collection of plant materials, including corn. Most of the gas sold in the United States contains some ethanol. But E85 for FFVs uses a higher percentage of ethanol.

E85 is a gasoline-ethanol blend containing between 51% to 85% ethanol, depending on the season and geographic region of the distributor. For example, E85 sold during colder months often has lower levels of ethanol to produce the vapor pressure necessary for starting in cold temperatures.

Can My Car Use Flex Fuel?

Manufacturers make flex-fuel vehicles with modified internal combustion engines using traditional gasoline and ethanol blends, such as E85. A badge with “Flex-Fuel,” “FFV,” or “E85” on the rear of the vehicle may indicate it is compatible with the alternative fuel.

Having a yellow gas cap is a good indication that the car can use flex fuel. If the vehicle has a capless fuel filler, a yellow ring around the hole where the nozzle gets inserted signals E85 works for the vehicle.

Using any octane level of gasoline in a flex-fuel vehicle is acceptable. The sensors in an FFV detect whether the fuel is pure gasoline or 85% ethanol and make necessary changes for optimal fuel injection and timing of combustion.

Putting E85 in a car not designed for flexible fuel can be harmful. Always refer to the owner’s manual for specifications on fuel to use in your vehicle.

Why Would I Use Flex Fuel?

Proponents of higher ethanol-gasoline blends cite lower greenhouse gas emissions since flex fuel burns cleaner than pure gasoline, and its use reduces reliance on foreign oil. The main ingredient in processing ethanol is corn, a sustainable crop grown in the U.S.

E85 has a lower cost per gallon than regular gasoline, making it an attractive option. At this time, the AAA national average gas price for a gallon of E85 is $4.34 — 68 cents less than a gallon of regular unleaded gas.

While the price per gallon of E85 is typically less than regular gas, FFVs using the ethanol-gasoline blend have lower fuel economy ratings. In some cases, the difference in mileage is close to 25%.

Availability of E85 and FFVs 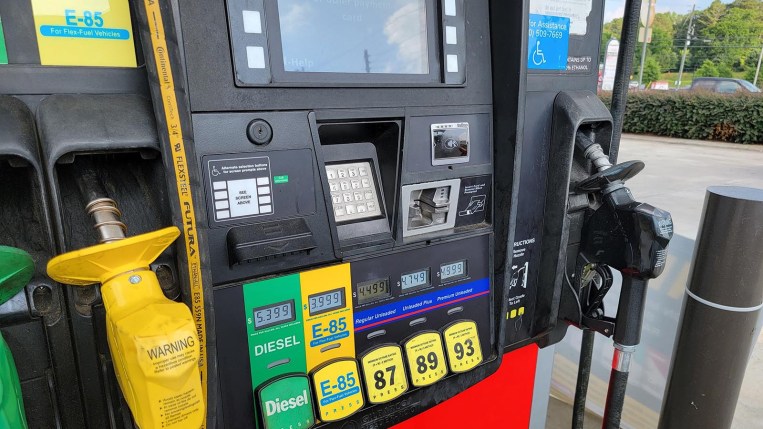 More than 4,200 gas stations across the U.S. sell E85 flex fuel, mostly in corn-producing eastern and mid-western states. You can find vehicles compatible with E85 nationwide because those automobiles can also use traditional gasoline.

It’s unclear how many flex-fuel vehicles exist on the road today. According to the research and information firm IHS Markit, there were at least 21 million FFVs in the U.S. in 2017.

The number of new FFV offerings from manufacturers has decreased. The reason: Federal incentives for automakers shifted to those building electric vehicles.

Only two automakers — Ford and General Motors — offer FFVs in the model year 2022. Just 11 2022 models will be available as FFVs, with the four GM offerings sold only to fleet purchasers. According to the Renewable Fuels Association, that’s down from more than 80 different models from eight manufacturers, available to consumers as recently as the model year 2015.

The RFA’s annual review indicates that E25 blends, containing up to 25% ethanol, are approved by the manufacturer for use in BMW and Mini vehicles.

If you’re trying to find the right car for you, check out our best cars and top 10 lists.