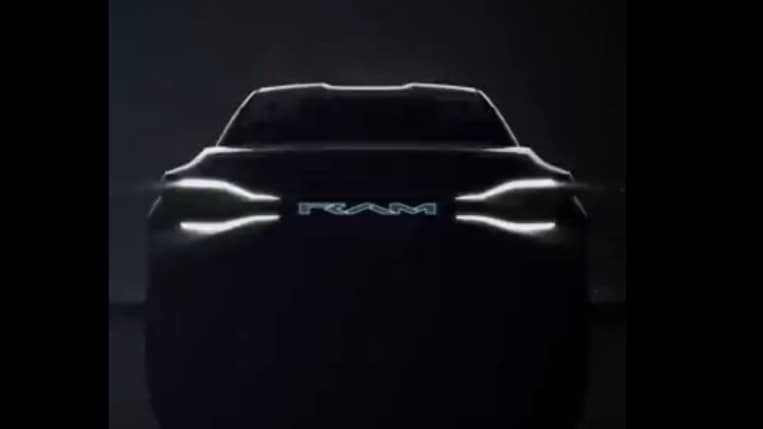 Ram is late to the electric truck race but making up ground. The company will unveil the all-electric version of its Ram 1500 full-size truck this fall.

Ram announced the news on Twitter yesterday, shortly before Tesla chairman Elon Musk apparently bought the platform. Musk’s move raised questions about how much other automakers will rely on it to advertise in the future.

The announcement came with a heavily shadowed teaser photo of the truck. The head-on view reveals little more than the lights, which are exceptionally narrow LEDs almost forming an X around a backlit Ram logo. Teaser sketches Ram has released in the past show a sleek truck bearing little resemblance to the blocky form of today’s popular Ram 1500.

The tweet also referred readers to RamRevolution.com – which may hint at the name of the upcoming electric truck.

Ram has said its EV pickup will appear as a 2024 model. It will join a crowded field then, with Ford’s F-150 Lightning, Chevy’s Silverado EV, and Tesla’s distinctive Cybertruck all likely to reach production first.