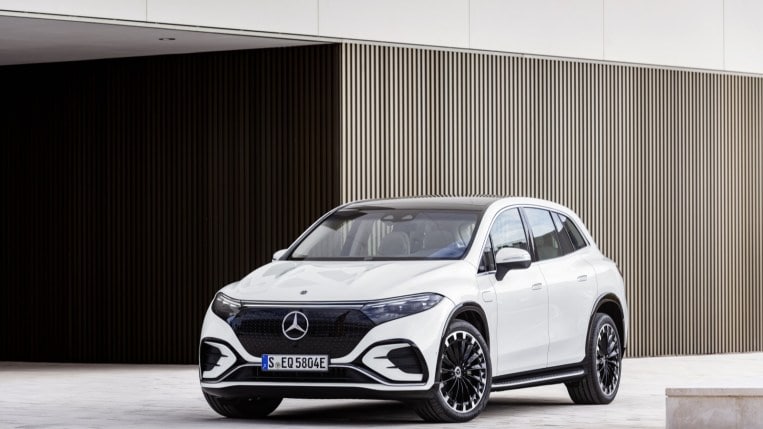 The Mercedes-Benz EQS sedan is arguably the most opulent electric car ever built. Want old-school luxury? It has acres of leather and a Burmester surround-sound system with a separate amplifier channel for each speaker. Are you more of a new-school, high-tech shopper? Its optional Hyperscreen covers the entire dashboard in touchscreen surface, and the car can play a symphony of scents to keep you alert.

About the only thing it doesn’t have is off-road chops and room for up to seven passengers.

For that, you’d need the Mercedes-Benz EQS SUV.

Today, Mercedes revealed the SUV version of its bellwether electric vehicle. The EQS SUV takes the EQS sedan formula and raises it 7.8 inches to SUV ride height and offers an optional third row of seats.

In typical fashion, Mercedes revealed everything but the price. We expect it to start just a little north of $100,000 and climb into the $130,000 range. 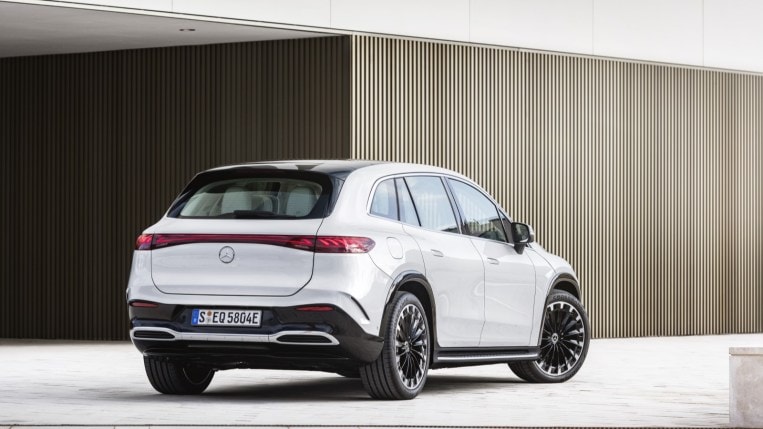 It borrows the nose of the EQS Sedan, with a false grille that looks glossy and black from a distance but, up close, consists of hundreds of tiny three-pointed stars. There are no surprises moving back from the grille – the look is clean and simple. A single red light bar stretches across the width of the reach hatch.

It’s the same corporate look as Mercedes’ other electric vehicles (EVs), but we dare say it looks better in SUV form. The EQS and smaller EQE sedans are extraordinary machines but visually suffer from a little awkwardness that makes them look overinflated. That effect disappears on the EQS SUV, leaving us with a reasonable-looking luxury vehicle. 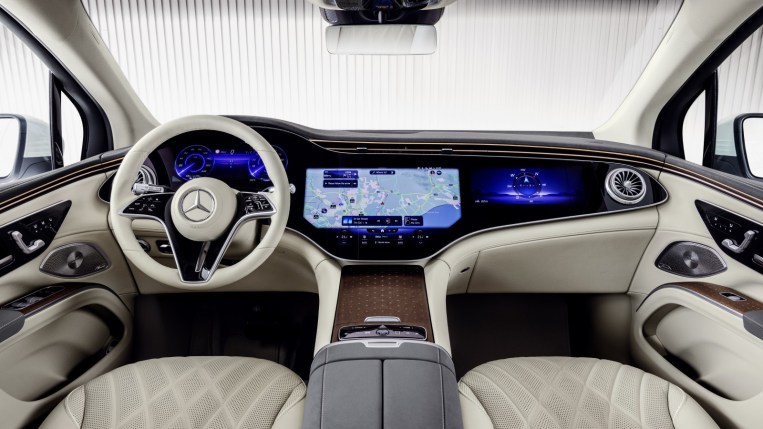 But the cabin is what Mercedes shoppers care about most, and the EQS SUV doesn’t disappoint. It’s every bit as over-the-top as its sedan sibling but with seating for up to seven (if the three in the back can handle a slight squeeze).

The Hyperscreen is again optional and has new tricks. Federal regulations now allow moving video in a car’s front seat while driving if the image is centered in front of the passenger and the driver can’t see it. Mercedes designers didn’t want to break up their beautiful expanse of glass with a physical divider, so they adapted the same system that tracks whether the driver is paying attention to the road. The movie freezes if the driver’s eyes move to the passenger’s screen.

The scent package now includes a sixth fragrance. Mercedes calls this one “MOOD mimosa,” which sounds like some Sunday mornings around here, but Mercedes says it’s “an earthy fragrance with an alluring scent” involving jasmine, black currant, and sandalwood.

The sound system plays music, of course, but can also surround you with nature sounds – Forest Glade, Sound of the Sea, and Summer Rain are your options. The floorboards are lined in sound-absorbing beads to ensure you hear nothing but the sounds you’ve selected. Engineers say they’ve even gone so far as to shape the inner surface of the wheel arches to minimize the noise of small debris bouncing up from off-road surfaces. 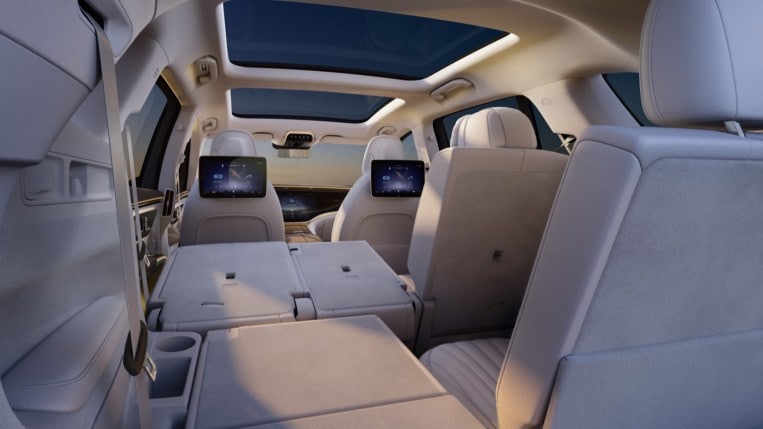 Oh, and you can take this off-road. It’s no Ford Bronco. But the EQS SUV’s AIRMATIC air suspension includes an off-road mode not found on its sedan counterpart. Mercedes says the EQS SUV is “capable of tackling light terrain with ease.”

Mercedes will offer two powertrains. The base EQS 450+ gets a single motor on the rear axle for rear-wheel-drive and 355 horsepower. Stepping up to the EQS 580 4MATIC gets you two motors, one per axle, for all-wheel-drive grip. That version makes 536 horsepower.

Four-wheel steering is standard. The rear wheels turn up to 10 degrees – in conjunction with the front wheels or opposite them, depending on speed. That, Mercedes says, will give the big SUV a small-car-like turning circle of just 36 feet.

Both versions use the same 107.8-kilowatt-hour battery pack. That’s the same as found in the sedan. The EPA certifies the EQS Sedan’s range at between 340 and 350 miles depending on trim and options. The EQS SUV will likely have a shorter range, but we don’t know what it is yet.