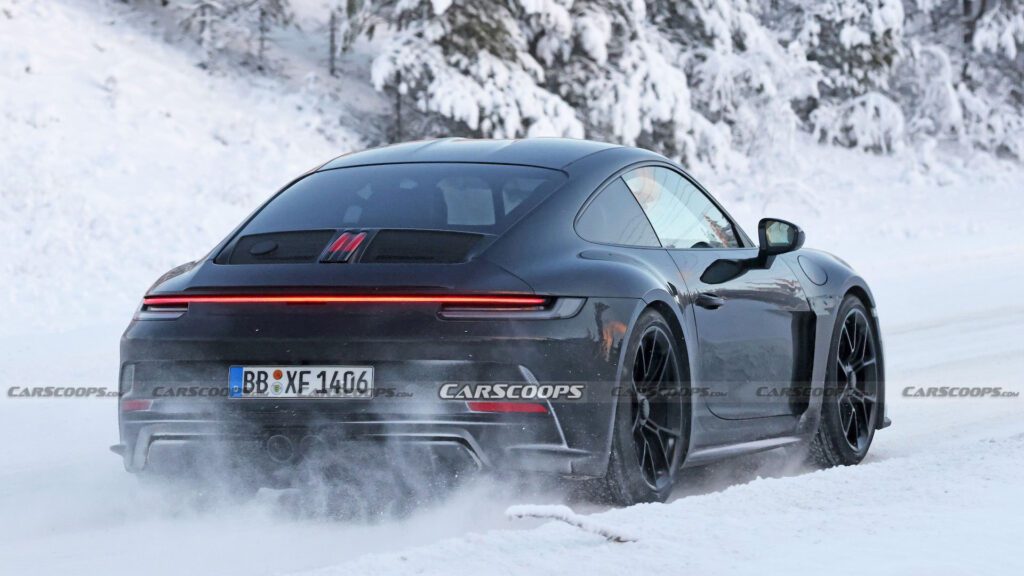 It’s over four years since Porsche revealed the 992-generation 911, which means we can expect to see the facelifted 992.2 later this year. But the existing 992 still has a few tricks up its sleeve, including this high-performance 911 ST.

The next of Porsche’s Heritage Design projects, the ST takes its name from a rare lightweight 911 built for competition in the early 1970s, though Porsche has no plans to race the new car. It follows a similar path to the Sport Classic, cherry-picking some of the best bits from Porsche’s other 911 models and bundling them together in a limited-run car with a huge price. Both feature manual transmissions but should be very different in character.

Why? Because, while the ST shares the Sport Classic’s double-bubble roof, it is likely to swap that car’s 911 Turbo engine for the 4.0-liter naturally aspirated motor from the GT3 RS, meaning it’s more like a successor to the 2016 911 R. Unlike the 503 hp (510 PS) GT3, which comes with a choice of transmissions and can be specced with or without the big wing, the 518 hp (525 PS) RS is only available with a seven-speed PDK and the full spoiler package. So the idea of a 911 with RS power, a manual box, and a super-stealthy visual presence has real appeal.

Not that you’re likely to mistake the ST for a basic Carrera. These spy shots reveal the GT3 hood vents and center-lock wheels, a boxy front bumper with a large central air intake, and the slash-cut carbon doors and similar front fenders (minus the saw tooth top vents) to those on the RS.

At the back, there’s a circular heritage badge. Still, no sign of the retro ducktail spoiler seen on the Sport Classic – the original ST predated the legendary Carrera RS 2.7 that made the ducktail spoiler famous. Hence, the modern version also goes without.

Porsche only built around 24 original STs between 1970-71, but its modern namesake won’t be so rare. Porsche offered 1,250 Sport Classics at $274k (£214k), and it’s possible the ST could come close to matching both of those numbers, though it’s worth remembering that Porsche only built 991 examples of the 911 R. Either way we think Porsche will unveil the ST this spring, giving the high-revving special plenty of time in the limelight before the 992.2-generation 911 is launched late this year.