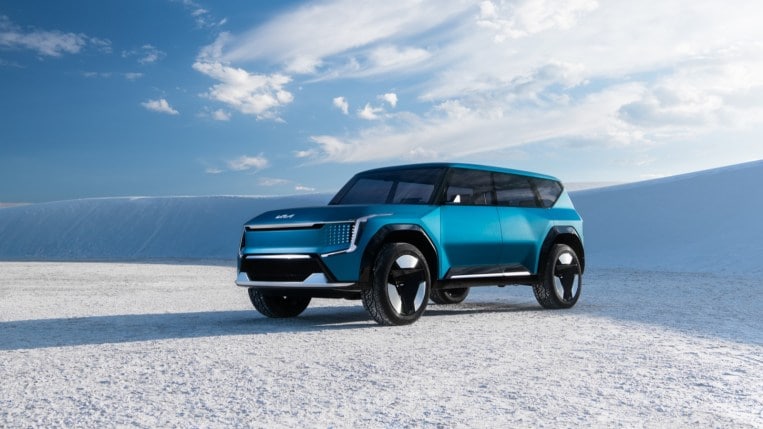 The Kia EV9 may be the most compelling concept car we’ve seen recently. A big 3-row, emissions-free SUV with all-electric power and distinctive styling, it stole the show at the Los Angeles Auto Show last November. Kia executives have heard the praise. The EV9 will go into production, reports say, as soon as next year.

Kia executives told Motor Authority that the EV9 will “go on sale in the second half of 2023.”

Kia has quickly established a foothold in the SUV race. Its 2022 Telluride SUV is one of the most in-demand vehicles on the American market. Kia dealers routinely have as few as seven days’ supply of Tellurides for sale at a time, compared to about a 30-day supply of the average vehicle. It has won our Best Buy Award in the 3-row midsize SUV class all three years of its existence. 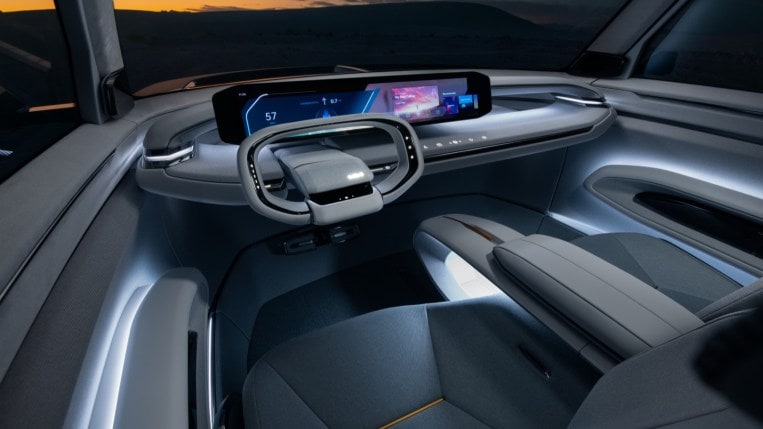 Kia recently introduced the first of a new series of electric vehicles, the sleek EV6 hatchback. The EV6 is the first model built on a new, skateboard-like electric vehicle (EV) platform that keeps the battery, motors, suspension, and other moving parts entirely beneath the car’s floor. Designers can quickly scale such platforms up and down to build many types of vehicles.

The EV9 will almost certainly ride on a stretched version of the same architecture.

Kia seems to understand that it’s the standout look of the EV9 that won attention. The EV9 uses similar lines to Kia’s signature Soul hatchback but stretched to longer proportions and given a faceted surface with sharp corners. The effect is striking – almost like a video game vehicle that hasn’t finished rendering. It will draw eyes in traffic.

America Chief Designer Tom Kearns told Motor Authority that “the production version will look like the concept” while remaining “about the size of” the current Telluride. 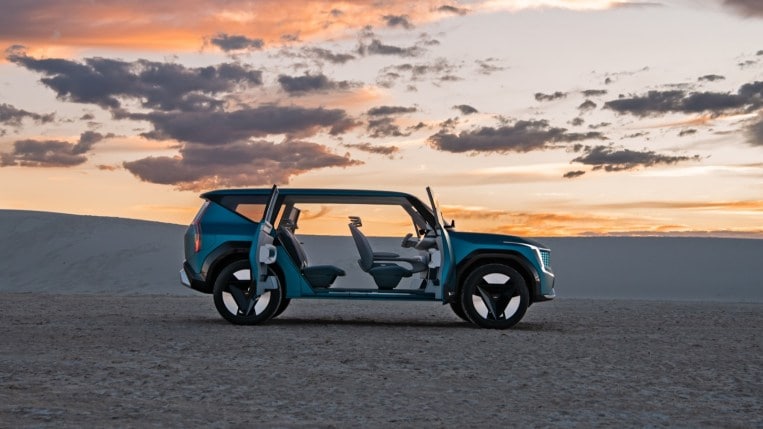 Some of the more outlandish elements of the concept car, such as pillarless coach-style doors, are unlikely to see production. While they would make loading and unloading incredibly easy, engineers haven’t yet shown that it’s possible to build a structure with no central pillar that can pass modern crash tests.

Kia has promised to sell at least five all-electric models in the U.S. by 2027.