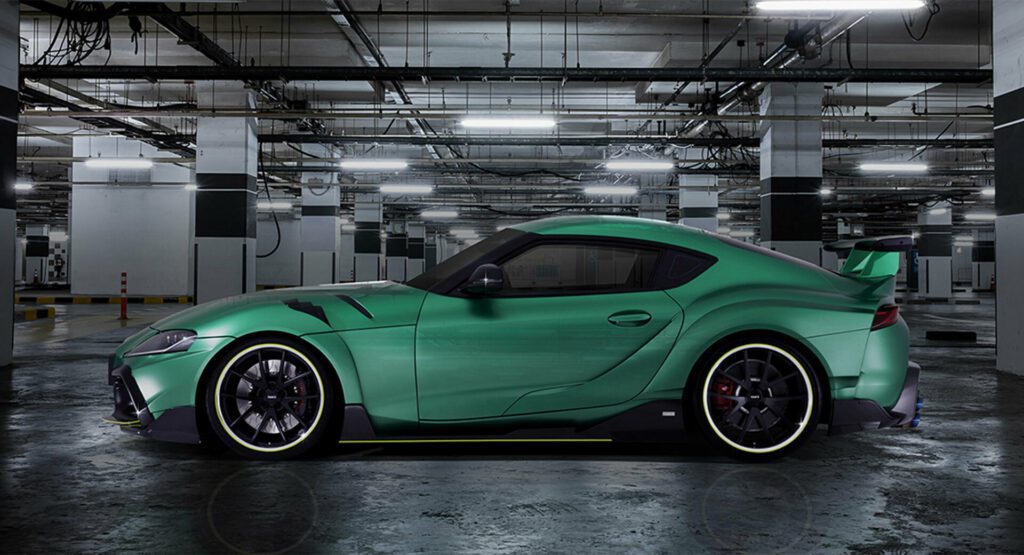 TOM’s Racing has previewed the six creations it is bringing to the Tokyo Auto Salon.

The first car heading to Tokyo is a modified Toyota Century. TOM’s Racing has made numerous changes to the exterior of the luxury sedan, painting it in gloss black and equipping it with a set of black wheels. It also benefits from new front and rear bumpers and has tinted taillights. The tuner also offers a host of interior upgrades and can reupholster all surfaces should the customer wish.

Joining the Century will be two versions of TOM’s Racing’s Toyota Supra that was unveiled 12 months ago. The standard model is equipped with a striking widebody kit inspired by the Super GT race car. It is also equipped with a towering rear wing and has a unique exhaust layout similar to the original Lexus IS F. Numerous interior upgrades have also been made, including the fitment of new carbon fiber parts. TOM’s second Supra is known as the Tourer and is essentially identical but makes do without the rear wing.

Next is the tuner’s take on the Lexus LC 500 Convertible. It includes a widebody kit for the stunning grand tourer and also adds many carbon fiber parts, including the front splitter, side skirts, rear diffuser, and lip spoiler. It also has a new exhaust system, aftermarket wheels, and additional chassis bracing.

A modified Lexus GS F is also heading to the Tokyo Auto Salon. Changes made to it are minor and include a carbon fiber splitter, side skirts, diffuser, and lip spoiler.

Last but not least is a widebody Toyota GR 86. Finished in a bright shade of orange, this striking GR 86 doesn’t just have flared arches but is also equipped with a new splitter, side skirts, rear diffuser, wheels, and quad exhausts.