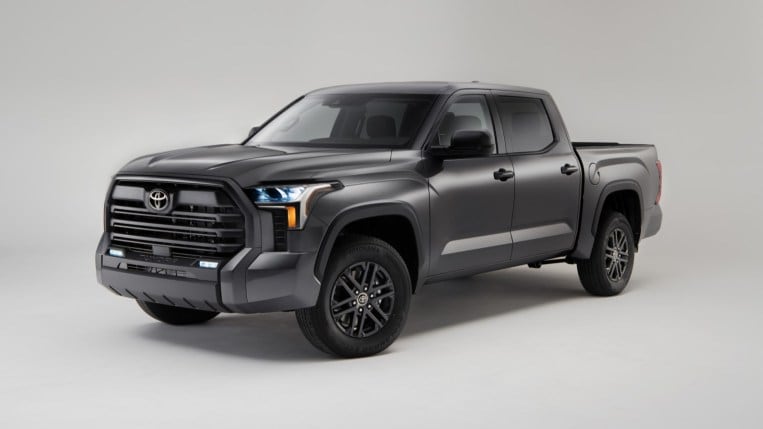 Toyota truck shoppers are getting some new fashions to choose from. The Japanese automaker has announced two new options packages that rework the look of its 2023 Tundra and Tacoma pickups. Toyota hasn’t announced pricing for the packages.

The first option is for those who prefer an understated look.

Tundra buyers can now choose an SX package that adds some stealth style. It’s available only on the Tundra SR5, in 4×2 or 4×4 configuration.

It replaces black trim with body-color trim around the grille and windows. The Tundra door badges are removed for a minimalist look, while chrome 4×4 badges on the tailgate are blacked out on 4-wheel-drive models. The SX package adds dark gray metallic wheels and replaces some black interior trim with subtle “smoked silver.” 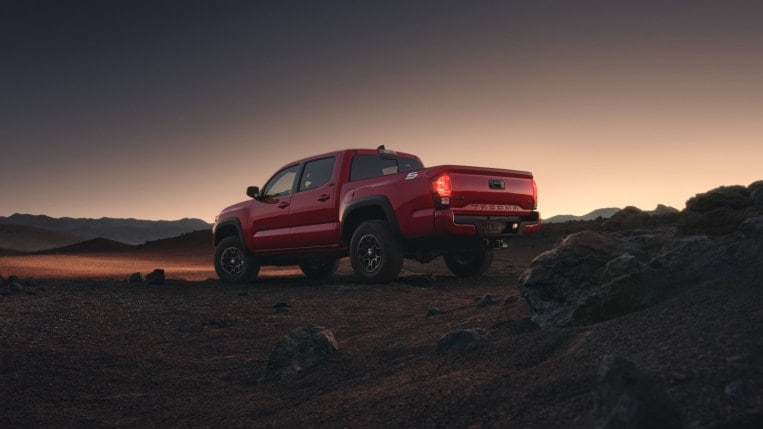 Tacoma shoppers get their own SX package.  It was previously available on the base SR trim and now comes to V6-powered SR5 models with either the Access Cab or Double Cab, in both 4×2 and 4×4 variants.

Should your tastes go in the opposite direction, Toyota has a new package for you, too. If, that is, you want a midsize Tacoma.

The 2023 Tacoma is available with a Chrome Package that includes all the usuall chrome trim, 18-inch chrome-finished alloy wheels, a chrome exhaust tip, chrome door handles, and chrome TACOMA lettering across the tailgate. Inside, the Chrome package gets… no chrome. But a leather-wrapped shift knob is new. 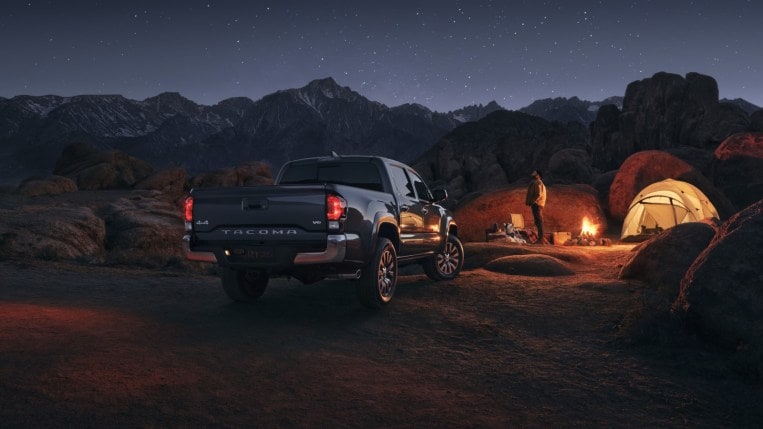 The Chrome Package is limited to V6-powered SR5 trims in double cab configuration with a 5-foot bed.

Flashy-minded Tundra buyers are out of luck. Toyota didn’t announce an equivalent package for the bigger truck.