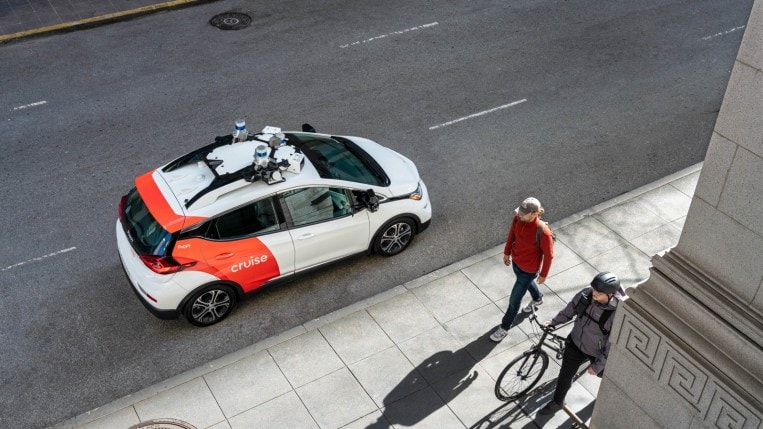 It may be a long time before you can buy a car that will drive to work for you. But you’ll be able to experience the technology in San Francisco in as little as two weeks.

Last Thursday, General Motors secured the first permit to use driverless cars — not just for testing but as ride-hailing taxis. GM’s Cruise driverless car service will use 30 self-driving Chevy Bolt EVs to offer rides between 10 p.m. and 6 a.m. when the city’s streets are less crowded.

The California Public Utilities Commission approved the permit with a few restrictions. The cars are restricted to traveling under 30 mph and won’t function in rain or heavy fog (yes, in San Francisco). They’re also limited to lower-traffic parts of the city.

Related: Self-Driving Cars – Everything You Need to Know

However, they will be allowed to function without a human backup in the driver’s seat and charge for their services.

The service works with an app, which functions much like Uber or Lyft from the customer side.

The first legal robotaxis are an important step on the road to self-driving cars. But the permit doesn’t mean your next car will ask you where to go and take you there.

Several automakers sell driver-assistance systems that can keep pace with traffic on highways even as the road winds. Ford’s BlueCruise, GM’s Super Cruise, and Tesla’s Full Self-Driving systems can handle those tasks on at least some highways. The systems require a human ready to take over at any moment.

Tesla allows drivers to use its system on surface streets, not just highways. But the company says this process is a form of “beta testing” and has told state regulators that, despite its name, Full Self-Driving will not be an autonomous driving system.

GM says that a planned update, Ultra Cruise, will be capable of functioning off the highway. Volvo and Mercedes have also announced plans to unveil more advanced hands-free systems by the end of the year. But both companies’ plans hinge on regulatory approvals that may not come in 2022.