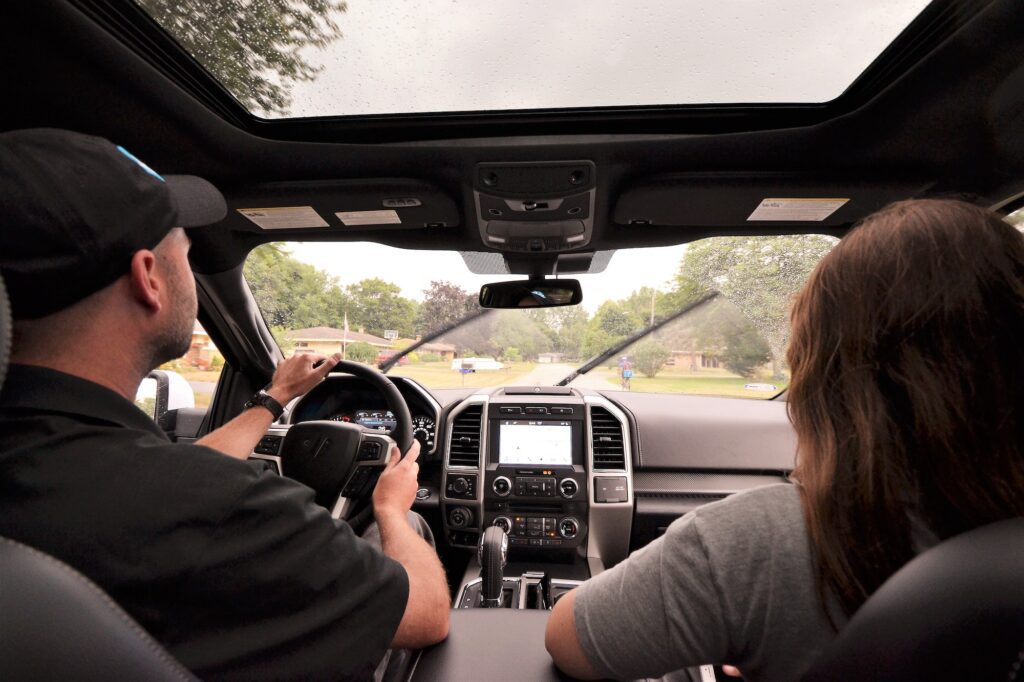 The F-150 has undergone numerous changes and updates over the years, with new versions being released every few years. It is available in a range of trim levels, cab configurations, and bed lengths, and is offered with a variety of engines and drivetrains.

The Ford F-150 has a reputation for being a rugged and reliable vehicle, with a strong focus on utility and practicality. It is often used as a work truck and is popular among tradespeople and contractors, as well as recreational users who enjoy off-road driving and towing.

In addition to its utilitarian capabilities, the F-150 is also known for its comfort and convenience features, which have become increasingly sophisticated over the years. Modern versions of the F-150 offer a range of advanced tech features, including touchscreen infotainment systems, wireless connectivity, and driver assist systems.

In terms of performance, the F-150 is available with a range of engines, including gas-powered V6 and V8 engines, as well as diesel and hybrid options. It is also offered with a choice of rear-wheel drive or four-wheel drive.

Overall, the Ford F-150 is a highly versatile and capable vehicle that is well-suited for a wide range of applications. Its combination of utility, comfort, and advanced technology make it a popular choice among consumers in the United States and around the world.